How an interpreter’s brain works

How an interpreter’s brain works

How an interpreter’s brain works while doing simultaneous translation

Have you ever wondered how an interpreter’s brain works while doing simultaneous translation? The creation of the League of Nations after the First World War established the need for large-scale simultaneous interpretation services, and the use of the technique during the Nazi trials in Nuremberg showed its power. Doubts about the accuracy of the interpreters persisted, however; the UN Security Council did not fully adopt simultaneous interpretation until the early 1970s. “Until then, they did not trust interpreters,” says Barbara Moser-Mercer, an interpreter and researcher at the University of Geneva. But now the two traditional capitals of the world of multilingual conferences – the UN offices in Geneva and New York – and now also Brussels, as the expanding European Union incorporates more and more languages. The current total is 24, and some meetings involve the interpretation of each one. 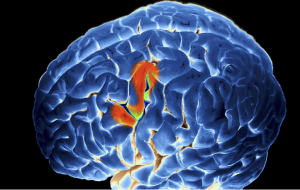 What happens to a brain during simultaneous translation?

Some speakers speak very fast. “There are several strategies. Some interpreters think it is better to stop and say that the person is speaking too quickly. This is not a good idea, as people have a natural pace and someone asked to slow down will likely regain speed again. The alternative is to edit what is said. “You have to be quick. It’s not just language skills, it’s having a quick brain and aprehending fast “.

Challenges of this kind make simultaneous interpretation tiresome and explain why two interpreters take turns to rest every half hour. Simultaneous translation by videoconference is even worse. “We don’t like it,” say the interpreters. Several studies confirm that the process is more exhausting and stressful, probably because body language and facial expressions provide part of the message and are more difficult to decipher when working remotely.

But then,  there are some very boring jobs. Negotiations over a crisis can be exciting, but a common politician, not to mention the ordinary technician on any issue, is unlikely to hold public attention for hours on end. The audience can sleep, but the interpreter must remain attentive.

I am very intrigued by what is going on in my brain while I am interpreting. “Language is one of the most complex human cognitive functions,” says Narly Golestani, group leader at the Brain and Language Laboratory at a university in Geneva. “There has been a lot of work on bilingualism. Simultaneous tranlsation goes a step further, because the two languages ​​are active simultaneously. And not just in one modality, because you have perception and production at the same time. Therefore, the brain areas involved reach an extremely sophisticated level, way beyond just language ”.

Using MRI, researchers were able to observe the brain while it performs a specific task; applied to interpretation, it reveals the network of areas of the brain that make the process possible. One of them is the area known for its role in the production of language and working memory, the function that allows us to get a sense of what we are thinking and doing. The area is also linked to neighboring regions that help to control production and language understanding. “In interpretation, when a person hears something and needs to translate and speak at the same time, there is a very strong functional interaction between these areas”, says researcher Golestani.

Many other areas also appear to be involved, and there are numerous connections between them. In addition, interpreters must be able to cope with stress and exercise self-control when working with difficult speakers. What is emerging from the Geneva work – that interpretation has to do with coordinating more specialized brain areas – seems to match interpreters’ descriptions. To be really effective, a simultaneous interpreter must have a different repertoire of strategies. It may be that the flexible operation of the brain networks underlying the interpretation allow interpreters to optimize strategies for dealing with different types of speech. And different interpreters listening to the same material can use different strategies.

Find  our profile on LinkedIn   Interpreters – Simultaneous Translation for Brazil

Remote Simultaneous Interpretation or RSI, has become the norm after Covid-19; learn more by clicking on the link below….