Simultaneous Translation Religion and Science, are always very controversial subjects ….. but interesting, nevertheless…. If you need interpreters to translate different languages, contact us by WhatsApp at 11 9 9934 4647. We translate English to Brazilian Portuguese and vice-versa.

“Christianity and Science today: an introduction to contemporary dialogue” – Translating Religion and Science

We did the simultaneous translation of a four-day course that explored some of the key issues in the dialogue between science and faith, focusing on the Christian tradition.

Speakers from Brazil and Great Britain introduced a series of topics, including historical and philosophical perspectives on the relationship between science and religion, Darwinism and faith, cosmology and theism, neuroscience and Christian anthropology and environmental theology.

The discussions were very interesting and the speakers, excellent. The course was organized by the Faraday Institute, in collaboration with organizations including AKET, Editora Ultimato, L’Abri Fellowship Brasil, and ABC2 (Brazilian Association of Christians in Science). For additional information read: http://www.cristaosnaciencia.org.br/

In few fields of knowledge, the clash between science and religion is as profound as in psychology, for example. Faith, or the absence of it, is an important component in the formation of a personality. In some countries, such as the USA, there is even so-called Christian psychology. Proponents argue that religiosity can help in understanding, and even in treating, problems faced by patients. Critics warn that fanaticism on the part of the therapist can cause even greater suffering. 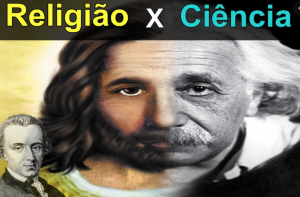 Psychology recognizes that subjectivity is partly constituted by religion. But religion can generate fanaticism, which often produces practices of intolerance, which is unacceptable by psychology.

One of the biggest attractions of the interpreting profession is being able to participate in discussions on a wide range of topics, learn various subjects, become interested in new topics ….. every day our work is different and varied.

If you need simultaneous translation for your meeting, for an online event, for a training program, workshop, congress, conference, we have a good solution for you. Contact us via  WhatsApp 11 9 9934 4647 and talk to Vivian.

Fill out our  form on our website and explain in detail what you need; we will get back to you soon.

Interpreters – Simultaneous Translation for Brazil – check out our LinkedIn page